I've just had a few little pickings from the garden so far this year, but the first of anything is always the sweetest!

These are onion scapes - unopened flowers from my Siberian perennial onions. Nice in a stir fry but they're a bit slimy to be honest! 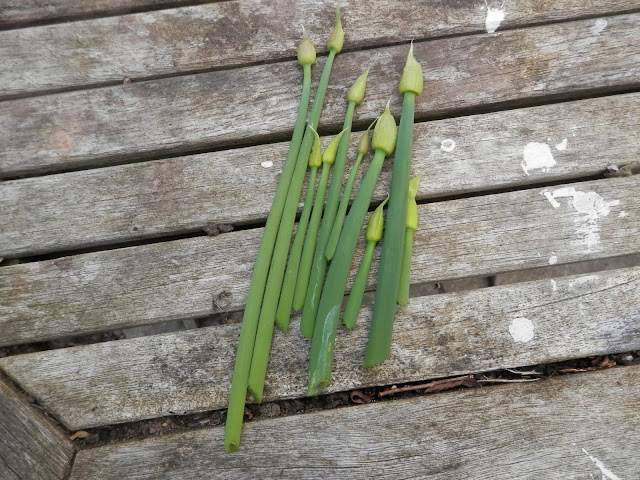 I'm not entirely sure what variety these are, I think some are red spring onions and some are baby leeks - they came out of the raised beds as Joe was emptying them to be moved.  They're very strong! 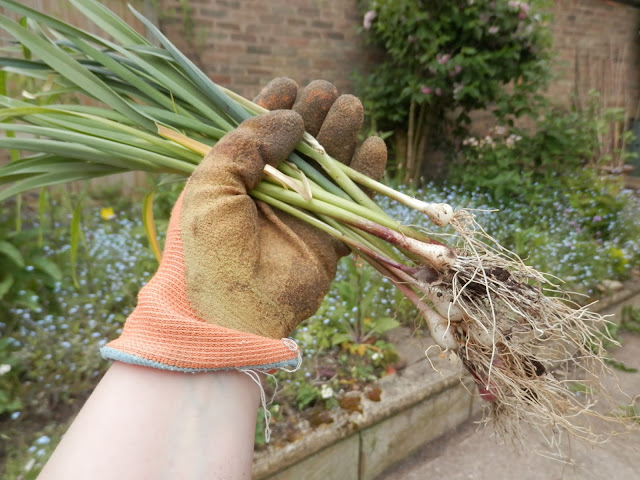 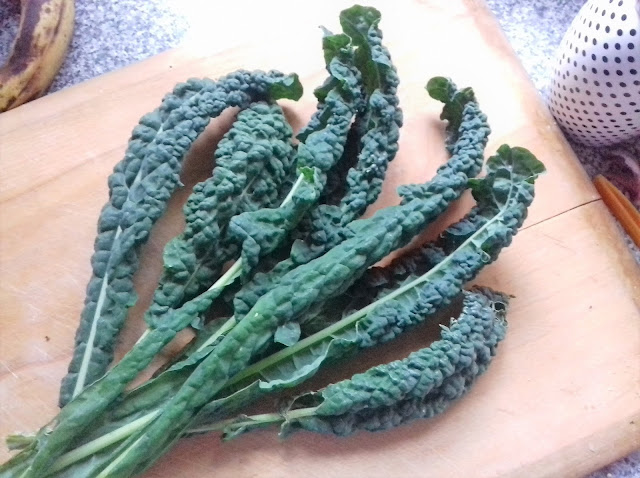 Have you been eating anything from your garden yet?

Posted by Susie - secondhandsusie.blogspot.com at 7:30 am 5 comments:

Email ThisBlogThis!Share to TwitterShare to FacebookShare to Pinterest
Labels: gardening, grow your own, harvest, kale, onions

Diary of a Permaculture(ish) garden, April and May 2018.

Hey friends, I had a slight internet hiatus due to my internet breaking at home, and then going on holiday - but I'm back now to show you my garden again!

Here's the garden in April and then in May - I came back from a week's holiday and everything had grown at least a foot! 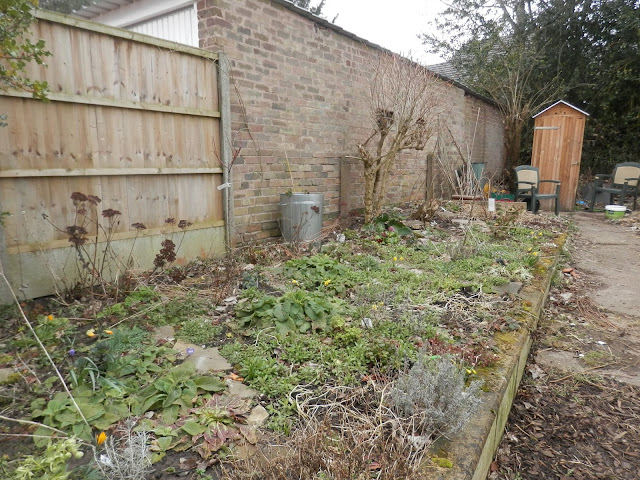 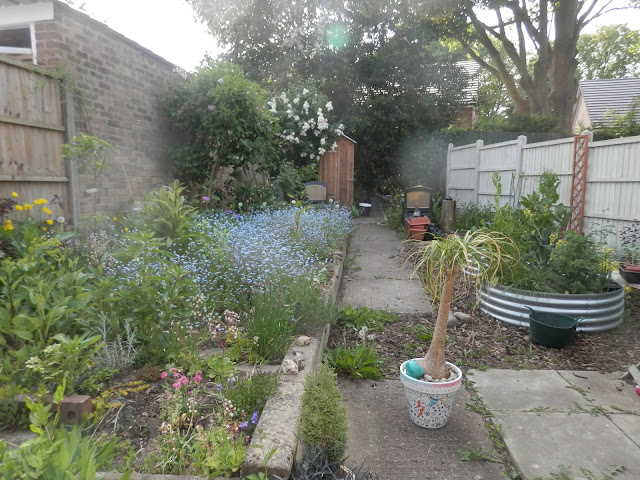 I took some cuttings from my Mum's fig tree a couple of months ago, just a branch, snipped off and cut into three.  I popped one into water and two into compost.  The fig cutting rooted in water has been the most successful, and I've potted it up to live outside.  The other two, in compost, are rooting more slowly, but I think they'll both grow eventually. 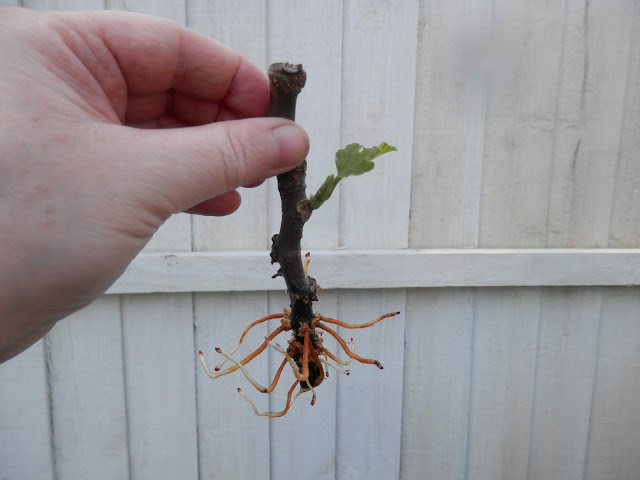 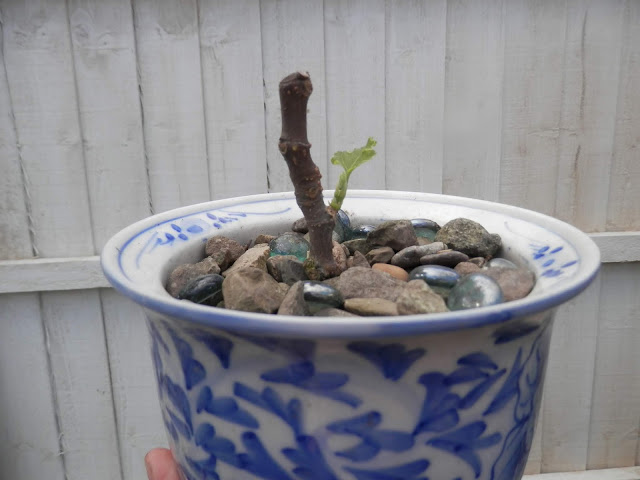 I've got lots of seedlings in the greenhouse.  I bought some tomato seedlings because I can never get seed to germinate myself.  There's onions, leeks, kale, sweetcorn, and delphinium seedlings in there too. 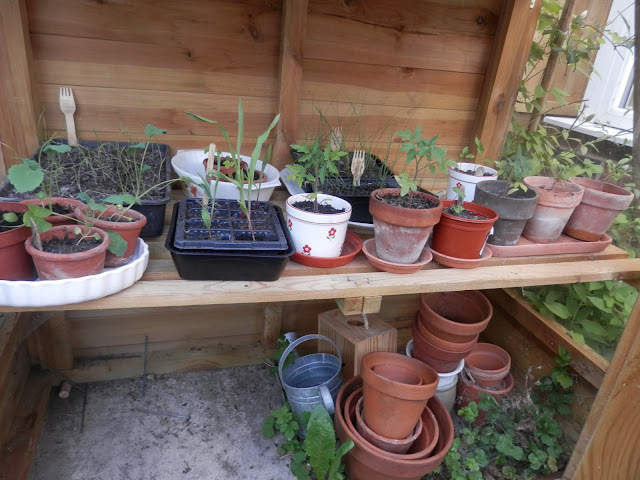 I'm so behind this year with everything.  Usually I have all my seedlings in their raised beds by the time we take our annual holiday in mid-May, but there was just too much snow/cold/rain during spring for me to get things started in time.  My seedlings went to Mum's greenhouse for a holiday while I was away, and they're still not planted in their raised beds.

Joe's 'doing' the drive.  I'm not quite sure what it entails, but apparently just whacking more gravel on top of the gravel already there isn't the right technique, and he's doing a lot of digging!  What this means for me, is that my two front garden raised beds have been temporarily taken down, so I'm seriously down on growing space.  The good news is that once the drive's been 'done' I have plans to squeeze an extra raised bed in, but for now I'm stuck waiting while Joe's stuck working hard. 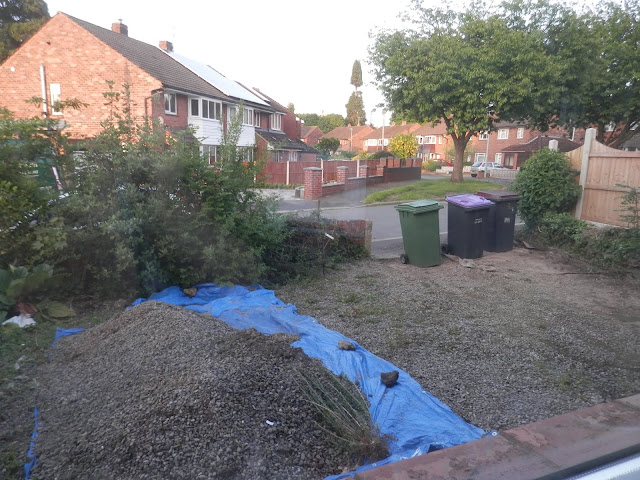 Joe emptied the front garden raised beds before he moved them, and the soil in them was so nice.  If you've been here for a while you might remember that I filled the raised beds using the lasagne method, about two and a half years ago.  The straw, food scraps, leaves and paper have all composted down and disappeared, leaving beautiful soil (which is currently piled up under a tarp, to be returned to the raised beds one day). 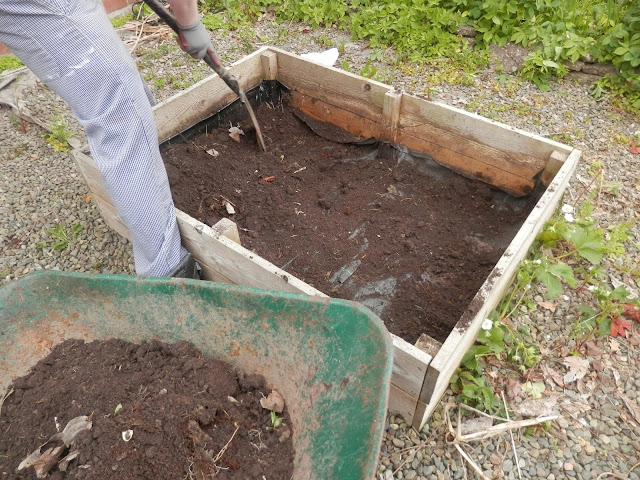 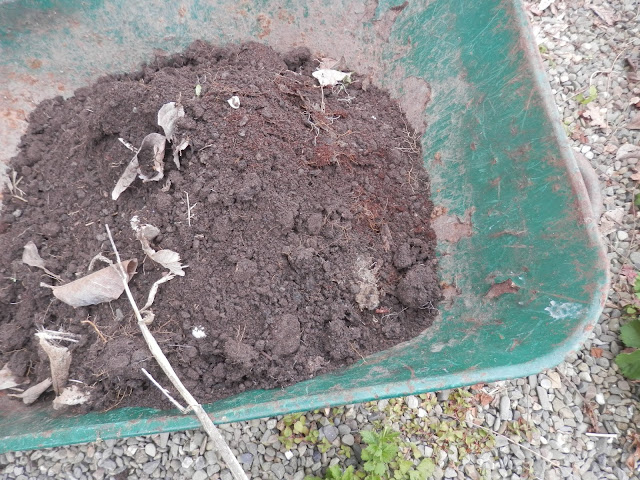 I'm really pleased with this little corner of the garden, I moved some plants about, and the dark leaved Psysocarpus Midnight is a lot happier on this side of the garden, and at the very far left you can see the Rowan tree I planted, isn't he so teeny and cute. 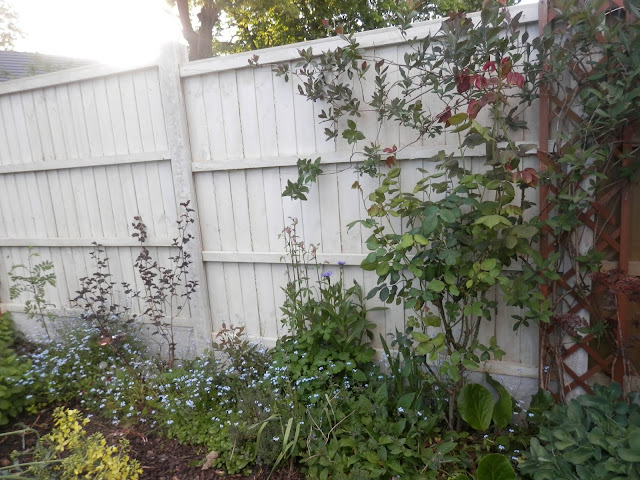 I bought a new rose to climb up the fence too, I'm not sure it'll get going this year, but maybe next. 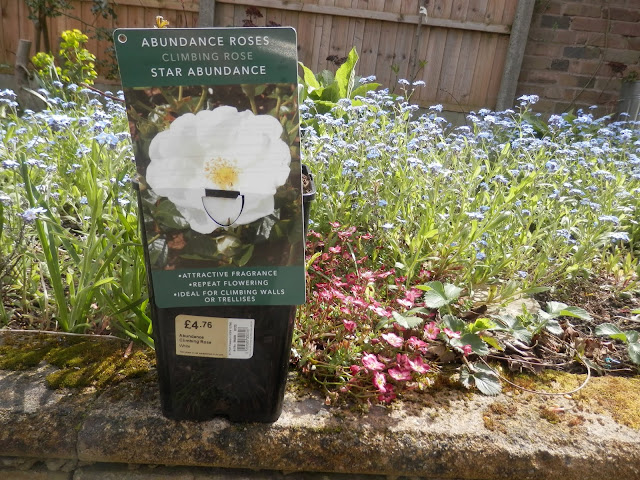 I'll leave you with all these beautiful blossoms, and hope that I'm less in garden limbo by next month! 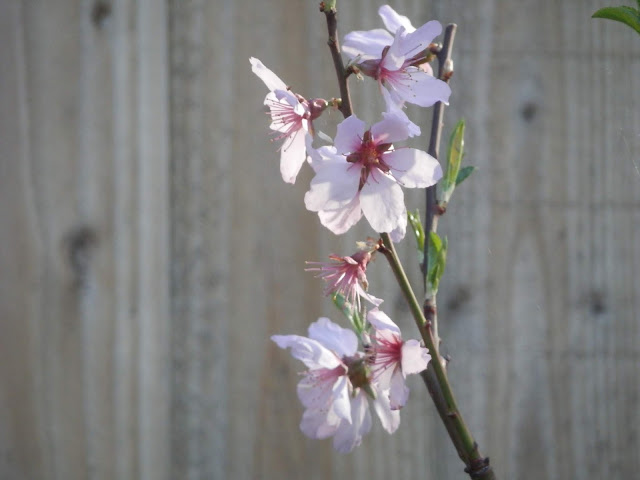 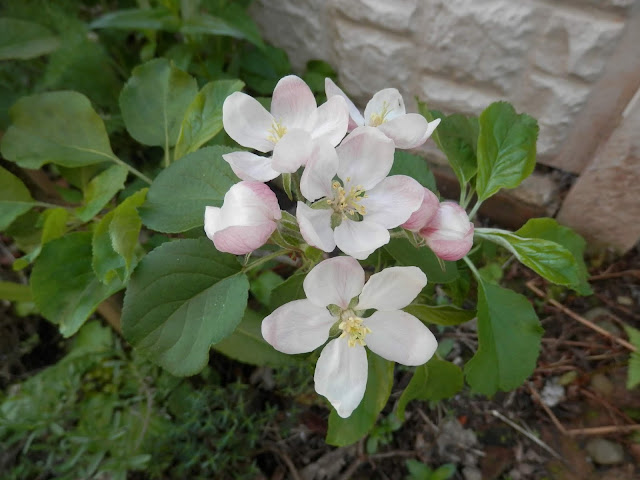 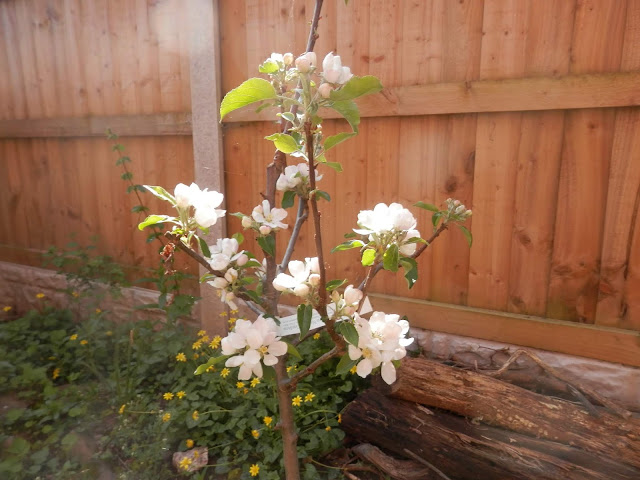 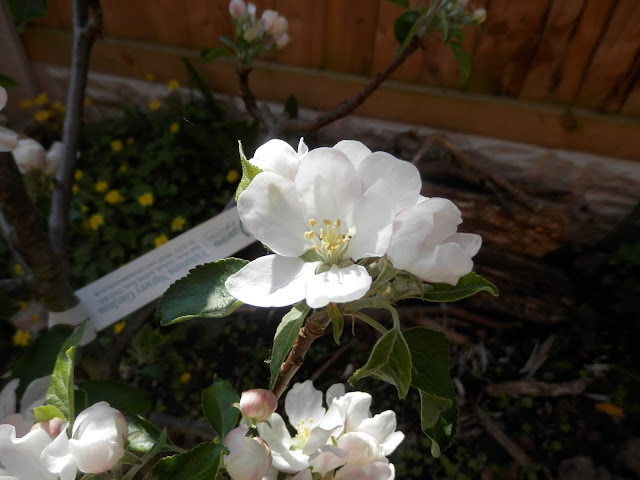 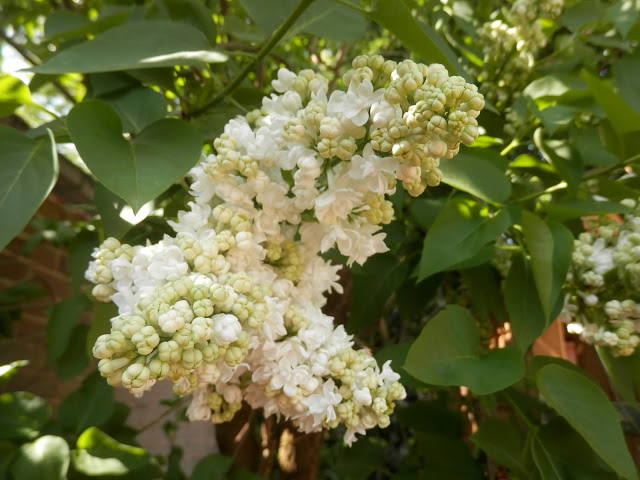 Posted by Susie - secondhandsusie.blogspot.com at 7:30 am No comments: