I'm trying to stop so much stuff coming into my house, but sometimes I can't resist! 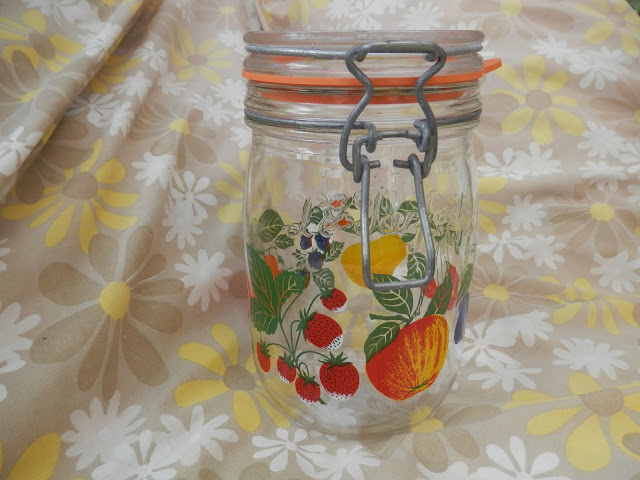 My mum gave me this, I assume it came from her charity shop, I LOVE it!
Le Parfait jar, present, local Oxfam shop. 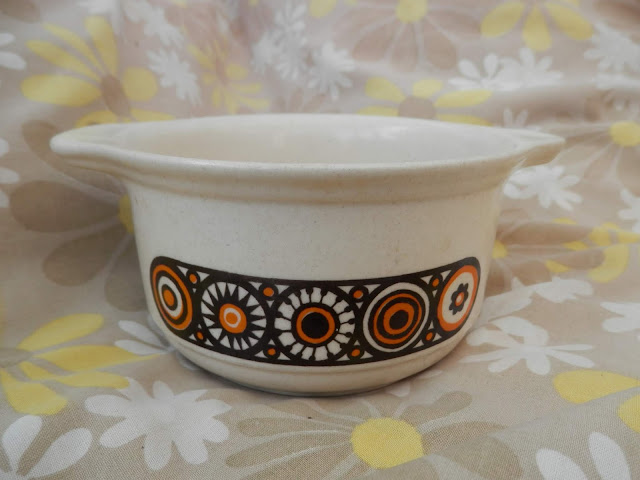 I usually by the mustard colourway of this crockery, but I couldn't resist this because it was super duper cheap!
Kilncraft Midas bowl, 25p, local Samaritans charity shop. 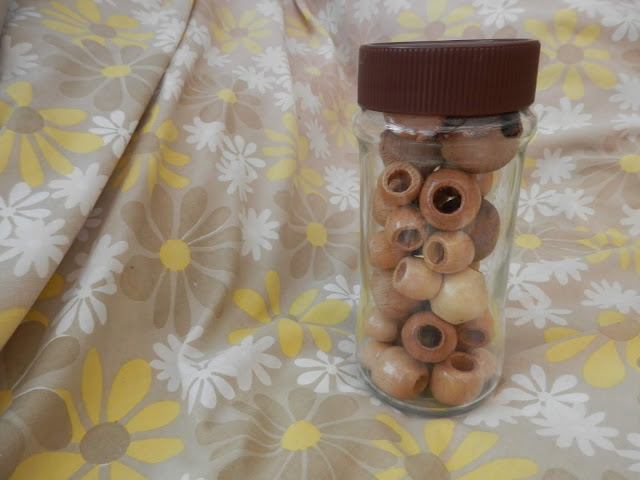 I bought myself a jar of wooden beads.  I have a craft in mind for them where they'll become heads!
Jar of beads, £1.75, local Hope House charity shop. 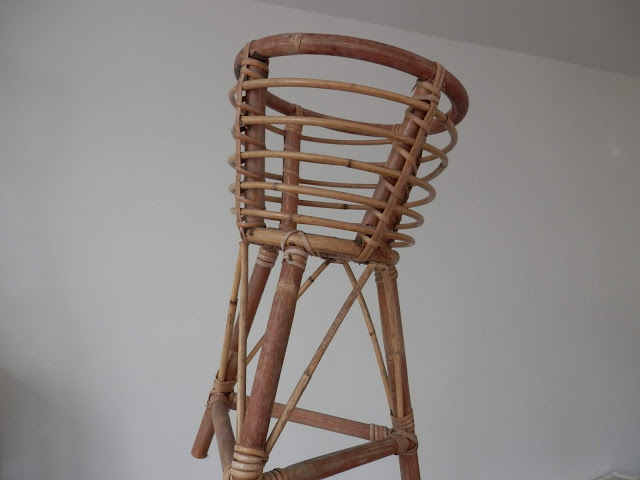 Excuse this awkward photo of this item being held aloft, it was the best lighting I could get!  I was walking down the high street and this was outside one of the charity shops.  It didn't have a price and I paid a bit more than I'd usually pay, but the money goes to a good cause so I can't really complain.
Bamboo plant stand, £5, local Air Ambulance charity shop. 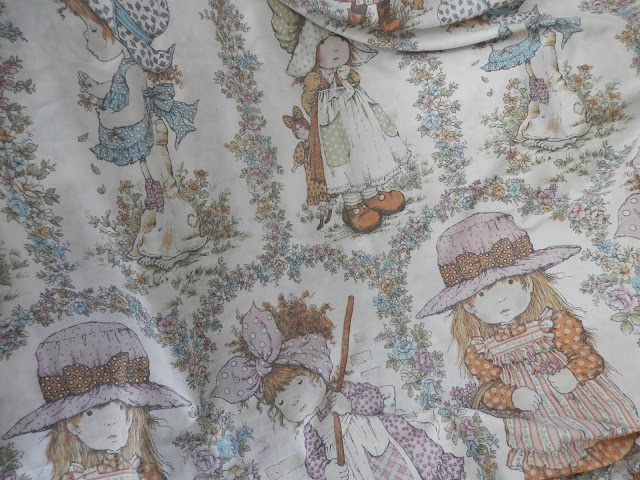 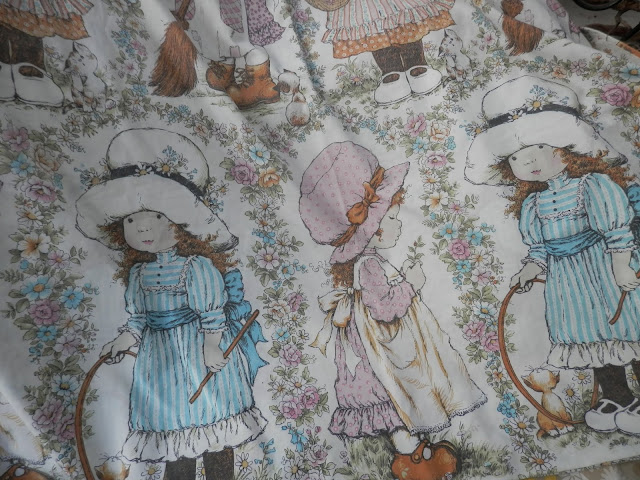 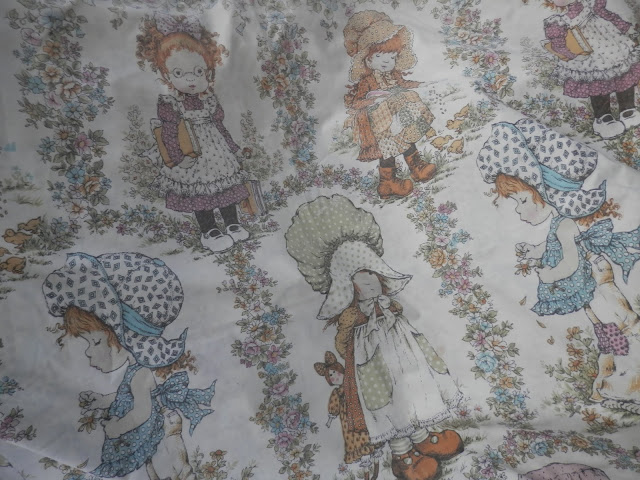 I fell down a bit of a nostalgic Hollie Hobbie internet hole last month, then searched for Hollie Hobbie on eBay, then found this and bought it and I have no idea what I'm going to do with it, but I really love it!
Vintage Hollie Hobbie single duvet cover, £5, eBay.

Have you found any excellent bargains lately?

Posted by Susie - secondhandsusie.blogspot.com at 7:00 am 11 comments:

I (ahem, we) got an allotment.

Today I am the happiest girl in the world.  I have an allotment! 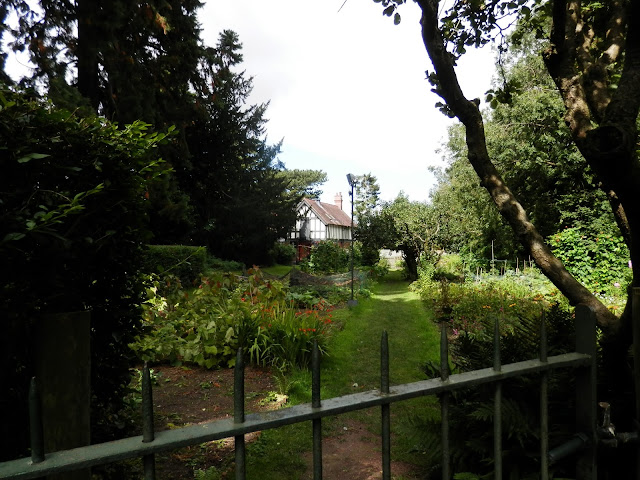 I've known for a little while that we were going to get it, but I didn't want to say anything to jinx it, and I didn't have a definite date, so I've been keeping hopefully quiet with my fingers firmly crossed for the last couple of months. 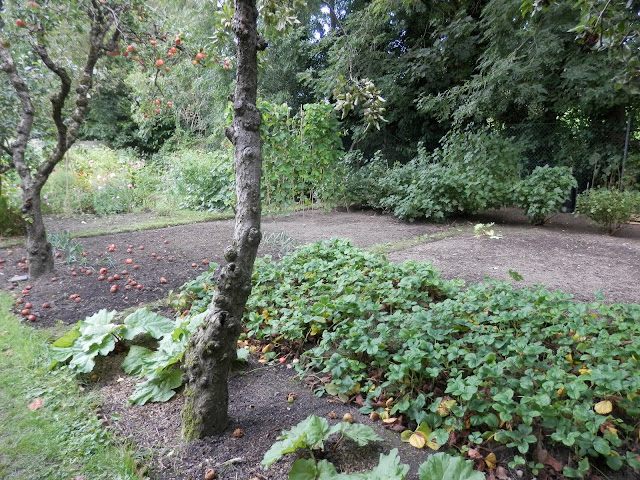 AND IT IS BEAUTIFUL!

Would you like to know the story of how we got our allotment?  (I'm going to assume you've said yes!)

When Joe and I were on holiday in May we decided to bite the bullet and put our name on the council waiting list for the allotments in our town, which are conveniently located right behind our house. I'd wanted one for years, but we've been busy with house stuff and life stuff and I wanted Joe to be on board to help with the heavy jobs!  When we got home I emailed the council to ask to be put on the list, only to be told it was closed.  There are currently 10 people waiting and no one's left the allotment site for years.  Cue big sighs and resigning ourselves to waiting for years and years to get an allotment.

But then I remembered that there are a few public allotments at our local National Trust property, which is also conveniently located right behind our house.  I was a garden volunteer there, for about 5 years when I finished uni, and my Mum still volunteers in the house now, so I asked her to see if there happened to be a list for the allotments there.

LUCKILY for me, there was an allotment coming free in the autumn, and the head gardener said we could have it!  It's very sad for the lady who used to have it, she's become to ill to keep it up.  There's still the last of her leeks and beans in, and all the soft fruit is hers, I'm not sure if she'll want to take any of it with her, but Joe's offered to help her dig up anything she wants to take with her.  The lady's paid for the allotment til the end of the year, but is kindly letting us put some stuff in the spaces this year. 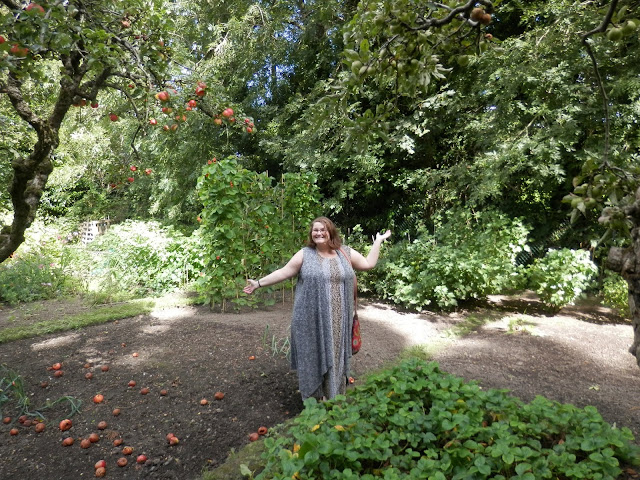 I know I am sooo lucky, I know not many people decide to put their name on an allotment list then actually get one 4 months later (albeit on a different site!).  It's more than big enough for us too, to grow potatoes and beans and onions and some pretty flowers.  A little shady, but that's ok.  And there are no weeds!  I quite like the challenge of it being at the National Trust, people pay to visit which is good motivation to keep it tidy and I'm going to research Edwardian allotments so I can make it look right. 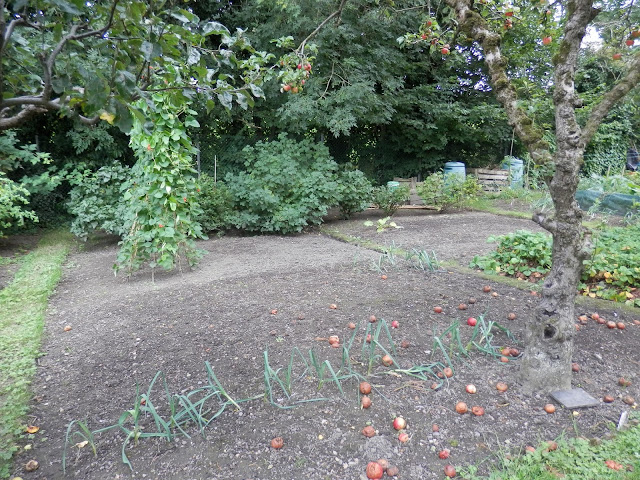 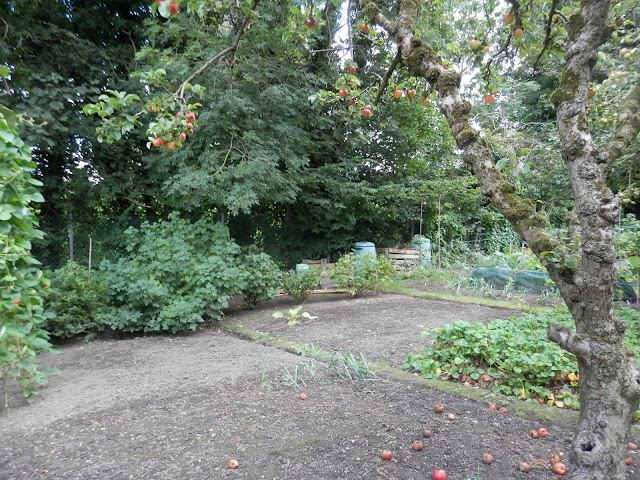 It's super peaceful and beautiful too.  I love these old apple trees (I can't harvest from them because they're used by the Trust, but I can appreciate their gnarled beauty).  I love these gardens where I've spent so many hours gardening.  It was lovely to catch up with the head gardener again.  And the allotment where I started to learn about gardening is still there, just across the path from my own new allotment. 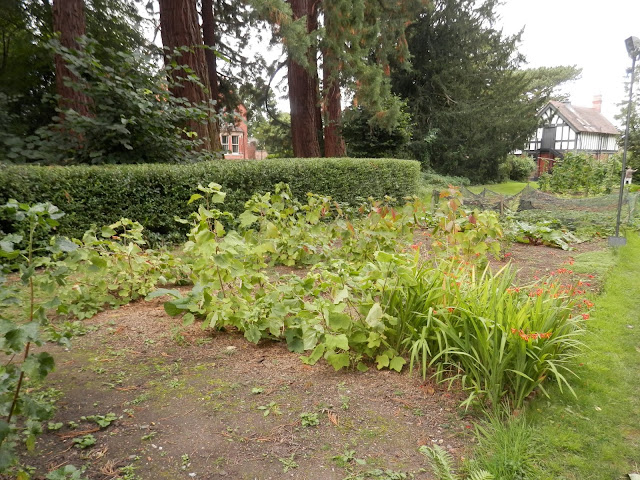 I am so happy and so lucky and I can't wait to get started!

Posted by Susie - secondhandsusie.blogspot.com at 12:00 am 4 comments: