Jamie Oliver's vegan chocolate brownie recipe is my new favourite, favourite vegan brownie recipe!  It's soo good.  And simple to make.  And has no faffy ingredients.

Recently we threw a big party and I made loads of brownies to feed our guests.  Here are the different variations I came up with, 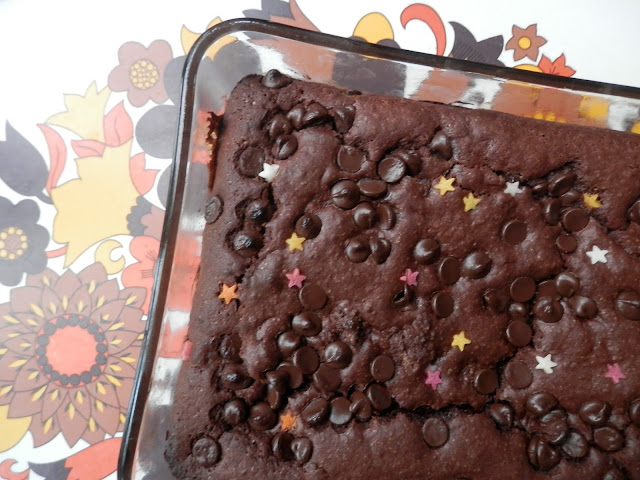 I found myself looking at my brownies and wondering how to make them less, well, brown.  So I sprinkled some colourful sugar stars on top before baking, as well as missing out the nuts from the original recipe and adding a metric-arseload of vegan chocolate chips. 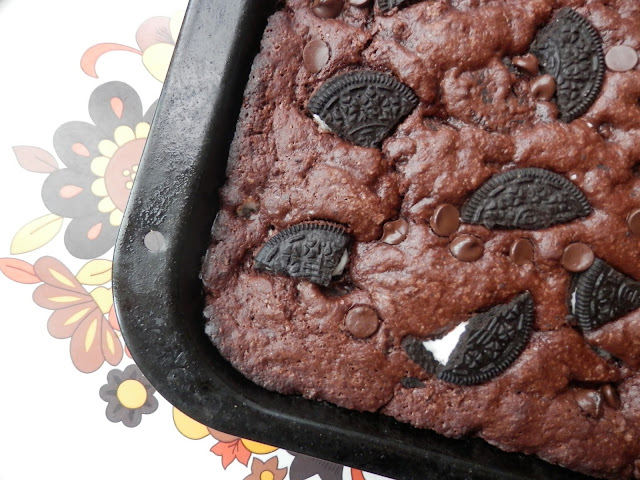 For this batch I broke up half a packet of Oreo's and mixed it into the batter.  I added bigger chunks on the top before baking.  And lots of chocolate chips, because chocolate chips. 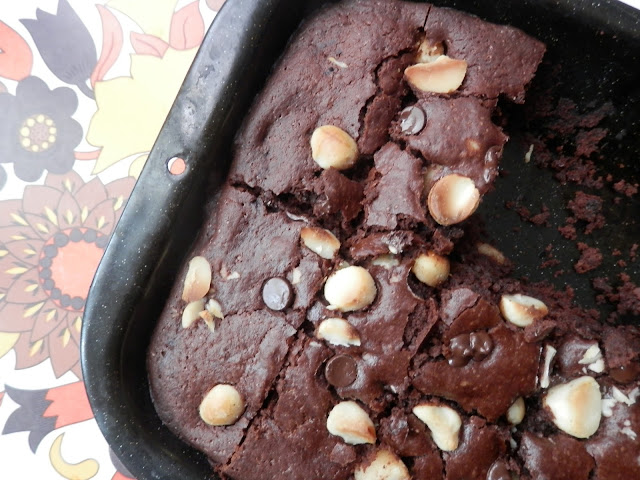 This was an easy variation, I just swapped the pecan nuts recommended in the recipe for macadamias - yum. 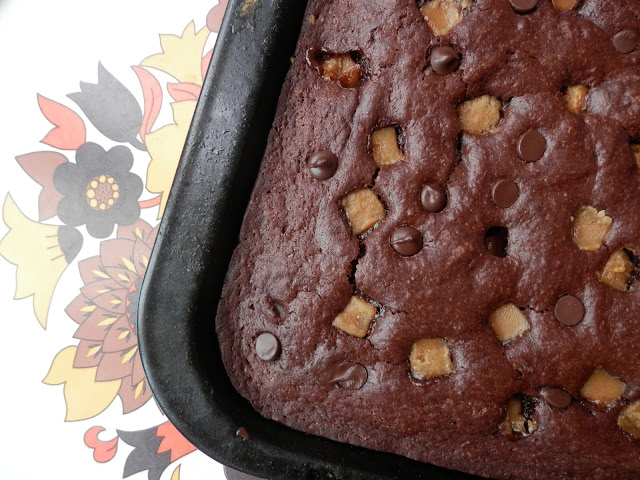 I made this variation of Jamie's chocolate brownies with vegan fudge instead of nuts.  I use Fabulous Freefrom Factory's Dairy Free Fudge, cut up into smallish cubes, mixed into the brownie batter and scattered on the top before baking.  I also added chocolate chips.  Because I'm a fan of chocolate chips.

This has quickly become my go to recipe, and I see many many more Jamie Oliver vegan brownies in my future!

(Although I still have love for my old fave vegan chocolate brownie recipe too!)