5 reasons why I'll be voting Labour on Thursday. 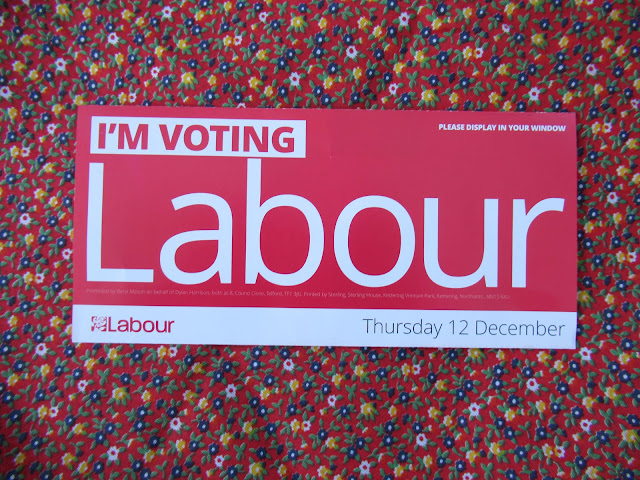 Hello!  The UK general election is on Thursday 12th December and you can vote (for Labour, if you're planning on voting Conservative I hope you please conveniently forget to vote!) between 7am until 10pm, don't worry if you've lost your polling card, you can still vote without it so long as you're registered to vote.

I'm honestly scared of what'll happen to our country, and to myself and my friends and family, if the Conservatives win.  I'll be voting Labour, and here's why,

1.  The NHS.  I REEEALLLY don't trust the Tories to not make a terrible deal with the USA where they allow healthcare to become very expensive.  I need a new asthma inhaler every 6 weeks, in the USA these cost $175 - $300 each. (Warning, skip this bit if you don't want to hear about my cervix!)  I'm currently having a smear test once a year, these cost between $20 - $200 each in the USA, I've also had two colposcopies in the last 12 months, these cost between $200 - $600 dollars each.  Imagine how gutting it would be to have to pay two thirds of your monthly income, and being unable to pay your monthly share of the household bills, so a doctor can use a telescope thingy to look at your cervix to check it hasn't turned cancerous.

2. My job.  800 libraries have closed since 2010, due to the Conservative government's unwillingness to give proper funding to local councils.  I would quite like to keep my job thank you.   And libraries have free books, PC access, advice, community spaces, community activities, and staff who will listen to the grumbles of many old and lonely people. 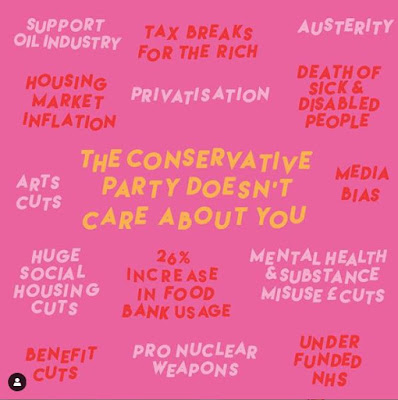 3.  The environment. The Tories have been in charge since 2010, and what have they done for the environment?  Not much apart from allow fracking...  The Green Party seems to be the best choice for tackling climate change, but I honestly don't think they'll get in, Labour has a really strong Eco policy and are more likely to get in (if we all vote for them, please!)

Greenpeace's summary of the Climate debate

4. I just care about other people - and I don't feel that the Tories do (unless you're rich).  And I think everyone should be taxed fairly.  I'm happy to pay extra tax to support people who need help and to put money into schools, hospitals and public infrastructure so everyone who lives here can have a nice life. 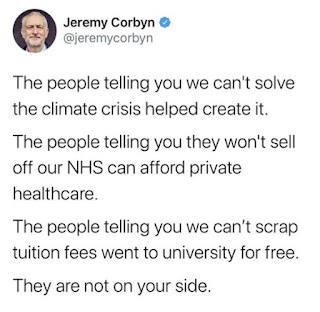 5.  I like what the Labour Party stands for.  I know loads of people won't vote Labour because they don't like Jeremy Corbyn.  I happen to like Jeremy Corbyn, but it's not just him you're voting for (no-one voted for Boris, remember!?) it's for the whole party and what it stands for, as well as all the labour MPs and prospective MPs.  There's a whole load more working and middle class, women and people from BAME backgrounds in the shadow cabinet than there are in the Tory party.

About the Labour Party 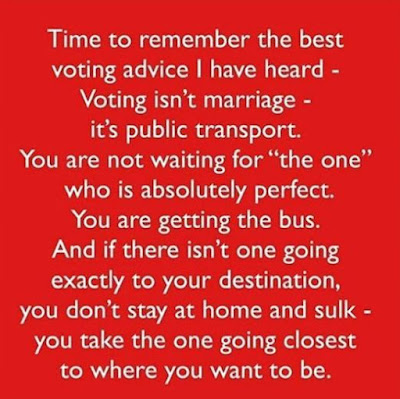 Here's some more reading for you, 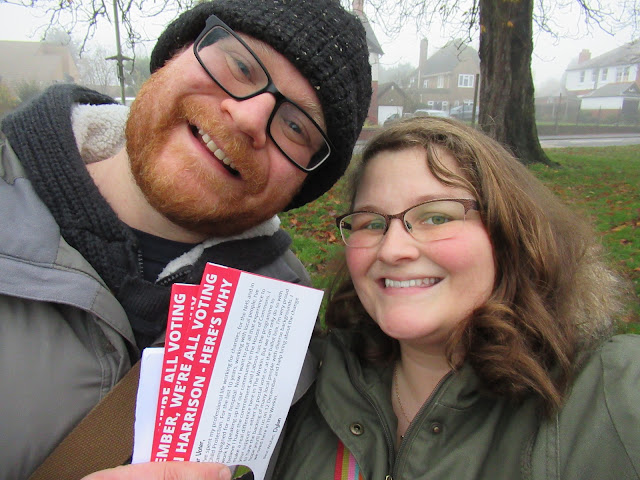 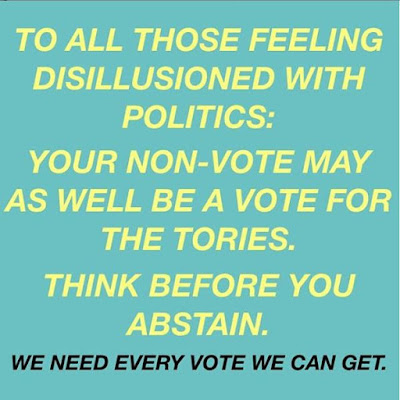 Posted by Susie - secondhandsusie.blogspot.com at 5:19 pm