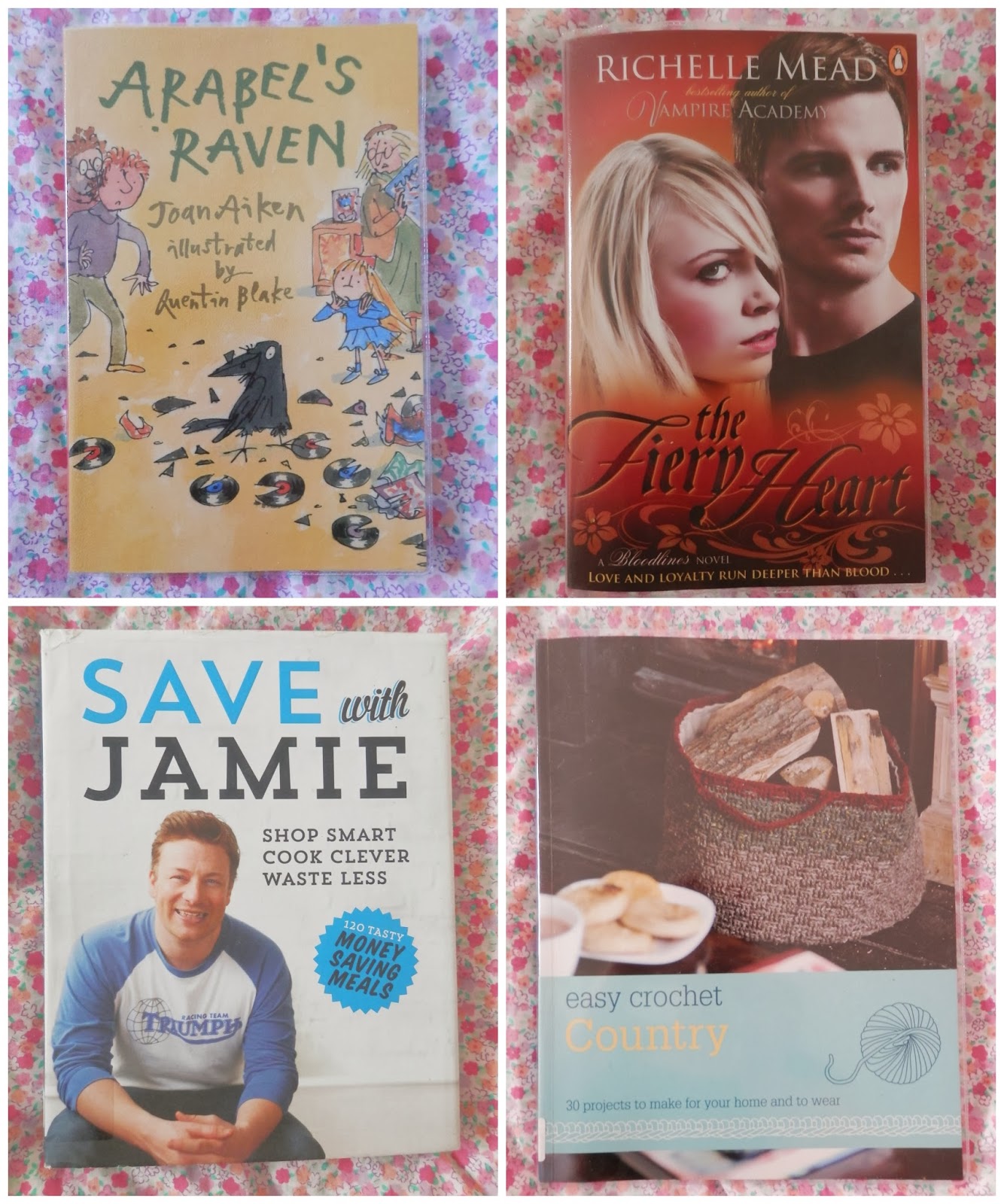 This month I've been reading...

Arabel's Raven - Joan Aiken
When I was little the BBC made this book into TV series, which I loved.  Arabel has a very naughty pet raven, called Mortimer, he has many socially unacceptable habits (such as eating the stairs) but sometimes, he saves the day.

The Fiery Heart - Richelle Mead
This is the fourth book in this series, which follows on from the Vampire Academy series, which has been made into a film.  Even though they're for teenagers and about vampires, they're not badly written or Twilight-ish at all, just lots of supernatural action and romance in a nice, easy read.

Save with Jamie - Jamie Oliver
There are a few veggie recipes in here, the first chapter is about 50 pages long and is called 'veg', so there's a few to choose from even though this book has lots of meaty recipes too.  I'm especially tempted by the giant rosti, yum!

Easy Crochet, Country - Nicki Trench
Nicki Trench is my favourite crochet pattern writer, so I had to check this out and it doesn't disappoint.  It's full of lovely, wearable patterns for hats, shawls, scarves, gloves as well as pretty things for your home.  I can see myself buying this book, and the rest of the series, it's so good!

Have you read anything excellent recently?  I currently have 19 books in my waiting to read pile - eek!
Posted by Susie - secondhandsusie.blogspot.com at 11:49 pm